Reviewed by a reader.

Well, that’s what I did. I work full-time and there was no way to manage the mess until I saw Roborock E25. I checked out other models, but this one had a mopping feature. Now, mopping is really important for me because a) I hate doing it and b) It takes a lot of time to mop every nook and corner of my house.

I was hesitant to purchase something I’d no clue about, especially something so precise as providing a map and intelligent cleaning features, and I went “hmmm…sounds too good to be true” but I bought it anyway.

Let me tell you…if you’re like me who can’t keep up with all the hair, this one’s a product made just for you. Seriously, I never did think that I’d buy a robotic vacuum cleaner, but now that I have, I only regret I didn’t buy it sooner. Would have saved me years of hard work.

Let me go over the features as advertised, so you know whether this one suits you or not.

I wasn’t sure whether this feature would really work, but boy was I surprised! After feeding a map of my home on the app, Roborock E25 took off like it was familiar with every corner. It does act cranky at times and I struggle to see the map on my phone, but it works most of the time. I used to keep an eye on the device when I bought it, but I guess it’s not necessary anymore. As long as the map works, you can go about your daily chores while Roborock does what it’s meant to do.

Well, I’m not sure about the speed, but it’s really powerful. It works every time, and I know that because it’s full of my GSD’s hair no matter how many times it cleans. It does have the power to suck everything in its path. While the main brush cleans as it goes, the side brushes work alongside them to ensure that it cleans methodically. The suction has 4 levels, and it works efficiently even if it’s set to 4.

I wasn’t expecting the battery to last a long while since Roborock E25 was on full power mode, but it takes maybe 30 percent of the battery for about 30 minutes of cleaning. The best thing is that it goes back to its charger as soon as the power drains, so I can leave it on while I’m at work. I never believed it was possible to clean while I was away, but now it’s a walk in the park!

It was bigger than I thought it’d be. Naturally, I assumed that it would make all sorts of noises, but it’s not very loud. You’re not gonna get pin-drop silence, though, but it’s bearable. It works like a regular vacuum cleaner and doesn’t disturb anyone.

I have two floors, and I was initially worried that it would bounce off the stairs and damage itself, but the sensors do a real job at detecting objects (or the lack of it). This is one of the most important features for me because I felt like I’d have to treat it like a puppy to prevent accidents but it proved me wrong!

Okay, so now that we are done with the pros, let me explain the cons.

If you have carpets with bumps or rings on them, you’ll need to manually redirect Roborock E25 to clean efficiently. I’m hoping that they release an update that helps the cleaner skip over bumps, but I guess you can’t get everything!

The map can suddenly disappear, leaving you clueless about what’s cleaned and what’s not. I’ve noticed that it springs back to life a little later, but it can be annoying when you’re in a hurry.

If you have kids or pets, Roborock E25 is a godsend. I am going to gift this to my mother who struggles with cleaning her huge home because it has literally saved me from tearing my hair apart! 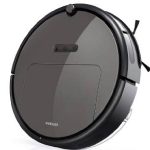 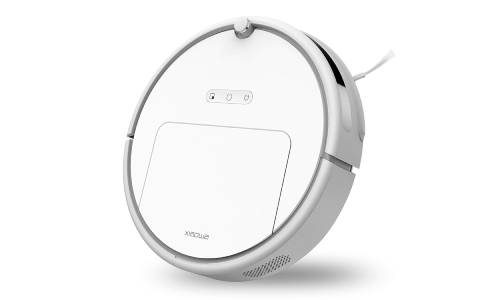 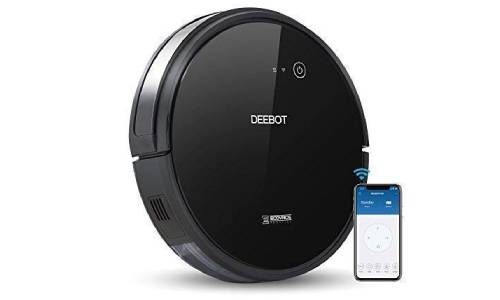 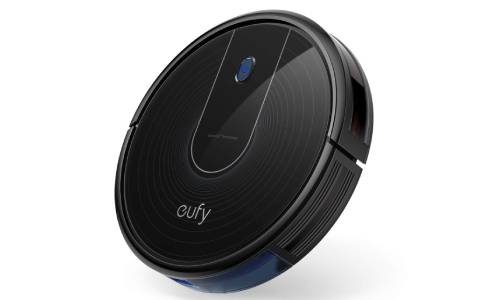